In a study of numerology, there are three major methods that are used for calculating numerical values. These three methods are Pythagorean, Chaldean, and Kabbalah.

Though there are several ways to practice numerology nowadays, only the Chaldean system has shown to be precise and dependable through the years. Many numerologists consider the Chaldean numerology as the most accurate system.

Numerology had its birth in Babylonia.  Chaldeans have developed this Chaldean Numerology many centuries ago in the southern part of Babylonia. Basically, it was the Chaldeans who first figured out that everything is made up of energy, and the relationship between sounds, vibrations, numbers, and letters. Because of their deep and diligent study of the occult, the people of Chaldea became well known for their contributions to spiritual sciences, particularly astrology as well as numerology. The Chaldean’s were also known for their knowledge of the stars and magic. The Chaldean seers had a clear and profound understanding of the power of rhythm in the number. They applied this insight to the system of numerology they practiced.

One of the main reasons why people choose Chaldean Numerology over other forms of Numerology like Pythagorean or kabbalah is that it simply works. it’s more famous and ancient than any other numerology system. The Pythagorean method is based on sequential patterns rather than on sound vibrations. The alphabet is arranged in order and under a number chart that runs from 1 through 9.

The vibrations’ interpretation is the key in the name evaluation. This system uses a numerological formula based on calculating from 1 to 8.  The number ‘9’ is considered in Chaldean numerology as a ‘holy number’. Hence it is not included in the calculation.

Chaldean numerology paints a clear picture of you and your personal blueprint – your potential, talents, desires, personality, vitality, and also ideal direction for the lifetime. From health to wealth, number governs various aspects of our lives.

Most importantly, Chaldean numerology tracks the energy fluctuations created when you or someone speaks your name. Pronunciation of name sends out frequencies that affect both you and those around you. This system, which is profoundly spiritual in nature, is a unique approach to numerology and was the very first to associate the initial significances of the letters to a person’s name analysis.

Numerology practitioners use highly effective techniques for decoding the energetic vibrations and information held in names, birthdates, addresses, house numbers, vehicle numbers, phone numbers, and many more. It is widely used in  Personal Numerology as well as Business Numerology. A calculation of  New Born Baby’s name is also done based on the Chaldean system.

Chaldean numerology has not only survived, but it has also proven itself to be an incredibly accurate method of measuring energies. Try it out for yourself or in business and you will be amazed at its accuracy and uniqueness.

It is highly important that you use the name you are most commonly known by or use the most frequently. Hence if your name is naionika and called Naioni,  then Naioni is the name you need to analyse.

Total each of your alphabets in your name individually.

From testing as well as applying Chaldean on so many readings, We definitely found it very accurate, and also more informative than the Pythagorean system.

Moreover, we have more than twenty years of experience and use the Chaldean system to conduct thousands of reading of clients.

Chaldean system is one of a kind and it really works. 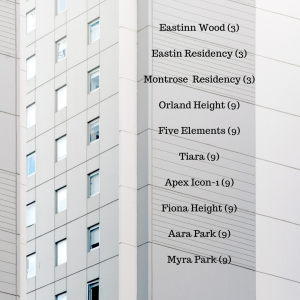 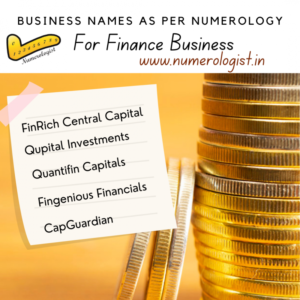